The Adventures of Mr Pottercakes 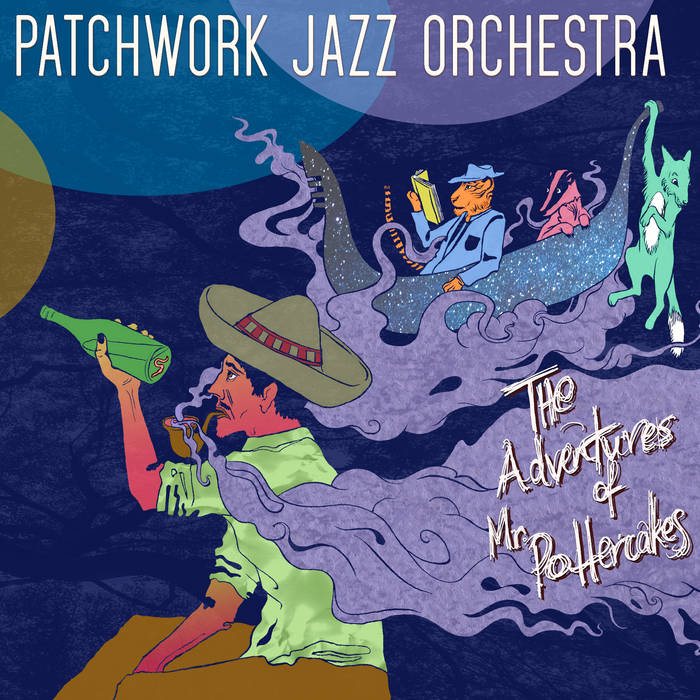 Can This Even Be Called Music?

Can This Even Be Called Music? Beautiful big band album filled with lively and diverse compositions! ctebcm.com

The Adventures of Mr Pottercakes is the debut album by Patchwork Jazz Orchestra, a London-based millennial big band that has no leader but various composers; it includes influential young musicians on the UK jazz scene such as James Copus, Tom Green, Alex Hitchcock, Rob Luft and Misha Mullov-Abbado. Ideas for the band began forming in early 2014 and in November that year the 17 piece group made its debut to a sell out audience at the EFG London Jazz Festival. After winning the Peter Whittingham Award in 2015, the band has hosted their own “Patchwork” nights, engaging new audiences at unusual spaces across London such as The Others in Stoke Newington.

"Many of us grew up listening to and playing big band music, but opportunities to perform new material are few and far between,” explains Spark! label boss and trombonist Tom Green. “Patchwork Jazz Orchestra was born from a desire of a number of us to write and play new music in a regular group, and the band has since evolved an identity of its own, both collaborative and completely diverse in musical styles.”

The music ranges from luscious and sweet melodies to broad walls of sound, from drum and bass to funeral marches, from fairytale ballads to calypso. “All eight tracks on the album have different stories and influences behind them and are the musical vision of seven composers, but all share the same excitement and joy we get out of communal music making,” says Green.

Drawing on the wealth of history of the big band format, Patchwork Jazz Orchestra has revamped it into a well-oiled machine that embraces a modern day philosophy of music making.